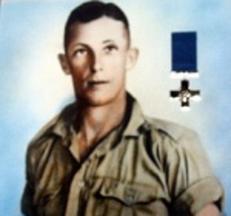 The prison buildings consisted of 2 compounds, each with its own cook-house, ablution block, recreation huts and orderly Rooms. The dormitory huts were made of double wooden walls located on concrete foundations, with a felt roof, and one heating stove, although there were reports fuel was never supplied.

Sleeping accommodation was in wooden double bunks in groups of 8. Each hut held approximately 50 prisoners, and each compound had 20 huts, the Hut Commander slept in an area which doubled as an admin office.

Thanks to Colonel Calcaterra, conditions in Campo 57 were extremely harsh. Food was poor, and housing was crowded and insanitary. The prisoners had to improvise their own medical treatment, coping with the “57 twins”, pneumonia and kidney disease.

Calcaterra’s regime reduced the camp to “a mass of neurosis as no one knew when his turn would come” to be victimised. An Australian doctor recorded that ten Australians died in Campo 57. The number saved by Red Cross aid, he wrote, “is beyond computation”. Calcaterra died before he could be tried as a war criminal.

On 13th October 1942 nineteen Australian POWs escaped from Campo 57 at Gruppignano. They began the tunnel under the floor of a disused hut, using only a steel helmet and a small pick. They dug down 16 feet and then excavated a horizontal shaft around 50 yards under the wire apron and into the maize field beyond. On the chosen night 19 men crawled through the tunnel and emerged in the moonlit field. It soon began to rain and this helped cover their escape. The alarm was raised at roll call the next morning and it was not long before the men were recaptured. Two of the men were on the run for five days, but they still shared the same fate as the others. Most were stripped naked and beaten by the Italian guards, then thrown into solitary confinement on starvation rations. The camp commandant Colonel V E Calcaterra gave the rest of the camp a hard time, even instructing the guards to puncture the Red Cross food tins so that they could not be hoarded for future escape attempts. Eventually most of the men would find themselves in Stalag 8A at Gorlitz where the harsh treatment continued. Their names are listed here for posterity: Lieutenants Leslie F Boult and Archibald Noble, Sergeants John F O’Brien, Albert Williams, Gordon C Poidevin, Thomas E Canning, Thomas B Comins, Richard L Head, Corporals/Privates John D Costello, Stanley J Lang, David King, Robert St.Q Hooper, Roy S Natusch, Hector A Brien, Kevin F O’Connell, Charles Lind, William Sloan, John A Dwyer, George Cotter. The full story can be found in the book ‘Hitlers Digger Slaves’ by Alex Barnett. .

From Appendix 1 - Prisoners of the Germans and Italians by A.E.Field http://www.awm.gov.au/collection/records/awmohww2/army/vol3/awmohww2-army-vol3-app1.pdf

David volunteered for military service eleven days after war was declared in 1939 and entered Trentham Military Camp 12th. January 1940. As a private he trained with the 5th. Anti-tank Company and sailed from Wellington with the 2nd echelon on 2nd May 1940 bound for the United
Kingdom and disembarking at Greenock Scotland on 16th June began a six-month training programme. They departed for Egypt and the Middle East 5th January 1941. On the 8th. March David was posted to “B” Company 22 Battalion which was sent to fight in Greece and then Crete. Like many others. David was evacuated from Crete back to Egypt where he was posted to Battalion school of Instruction in 1942 and promoted to L/Cpl on 20th May. While serving in the Western Desert with “C" Company, David was wounded and captured at Ruweisat on 14 July 1942 and transported to prisoner of war camps in Italy. Confirmation was received in November 1942 that he was interned at Campo 57 Gruppignano in Northern Italy. L/Cpl Russell escaped following the Italy's capitulation  and was sheltered by friendly Italian peasants and with help from local partisans was able to assist other escapees to return to Allied lines. On 22nd February 1945 David was recaptured and taken to the Company Headquarters of Operleutnant Haupt at Ponte di Piave. He was chained to a stable wall and severally beaten and told lf he did not give information about the partisans and escaped prisoners he would be shot. L/Cpl Russell resolutely refused to talk and was subjected to more beatings. On the third day L/Cpl Russell was shot by firing squad. Operleutnant Haupt reported “the behaviour of the Englishman was splendid and died very bravely".