Campo 57 was a WWII Prisoner of War camp that interned principally Australian and New Zealand Army Corps (ANZAC) non-commissioned soldiers with smaller numbers of British, Indian and South African men.  The camp was situated  close to the city of Udine, in the Province of Fruili in Northern Italy. Fruili itself lies in the foothills of the Alps and was close to the Yuogoslavian border.

Prisoners were transported to campo 57 by train with the last leg of transportation terminating at Cividale. The POWs were then marched through the hamlet of Premariacco to the site of the camp. The camp itself was set on flat terrain proximal to the river Natsionne. Surrounding the camp was predominantly farming land.

On the chosen site for campo 57 was a chapel known as San Mauro or Grupignano. The chapel was torn down to allow construction of the camp but was rebuilt by prisoners of war in 1943. The chapel still stands today and inside bears the signature of the POWs that rebuilt the chapel of Grupignano. Locating the site of campo 57 and its chapel can be achieved by setting your GPS to 46°4’36¨N 13°23’11¨or If coming from Udine get onto the Via Diego Simonetti which will run into Via Cividale Labeled SS54. Stay on this road for X Kms and you will enter a roundabout. Turn right by taking the first exit. This should be the S79. A small road runs parallel on the left to the S79. After about 600metres you will see a small sign saying Campo 57. Enter via the small road running parallel to the S79. Press this link to find further information on the Chapel 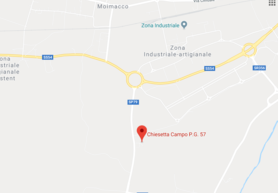 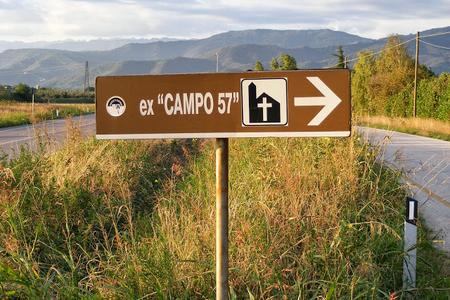 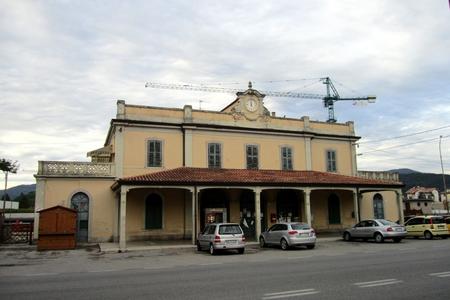 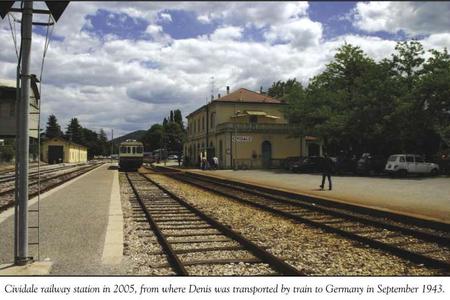 Most men arrived having been captured and made prisoners of war by the Germans or Italians in North Africa. Once captured these prisoners of war were transported by truck to Benghazi and or Tripoli and then endured a perilously dangerous aboard ships such as the Nino Brixo and SS Vittorio, and journeyed across the  Mediterranean to Italy landing at ports such as Naples,  Brindisi and Reggio Calabria.

I've dedicated this website to my paternal grandfather NX 32639 Private Thomas Morley of the 2/3 Pioneers AIF. Whilst my father at  the age of 15 was fighting against the Japanese on the Kakoda trail, my grandfather fought against Rommel's Afrika Corps and was captured at the battle of El Alamein on 31.10.1942. He was transported via several POW camps to Campo 57 in Italy. When the Italians surrendered he was taken by the Germans to Stalag 18 A/Z in Spittal/Drau and then to Stalag 18A Wolfsberg in Austria where he remained until liberated by the allies in 1945. This brief story will no doubt resonate with many of you whose relatives had similar journeys. 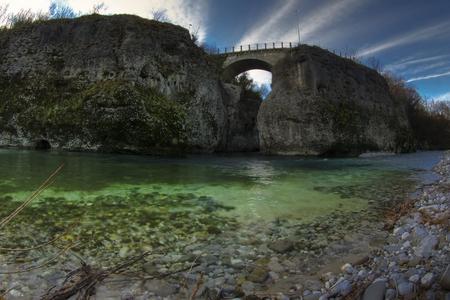 Cividale Railway station. The last railway stop before being Marched to Gruppignano 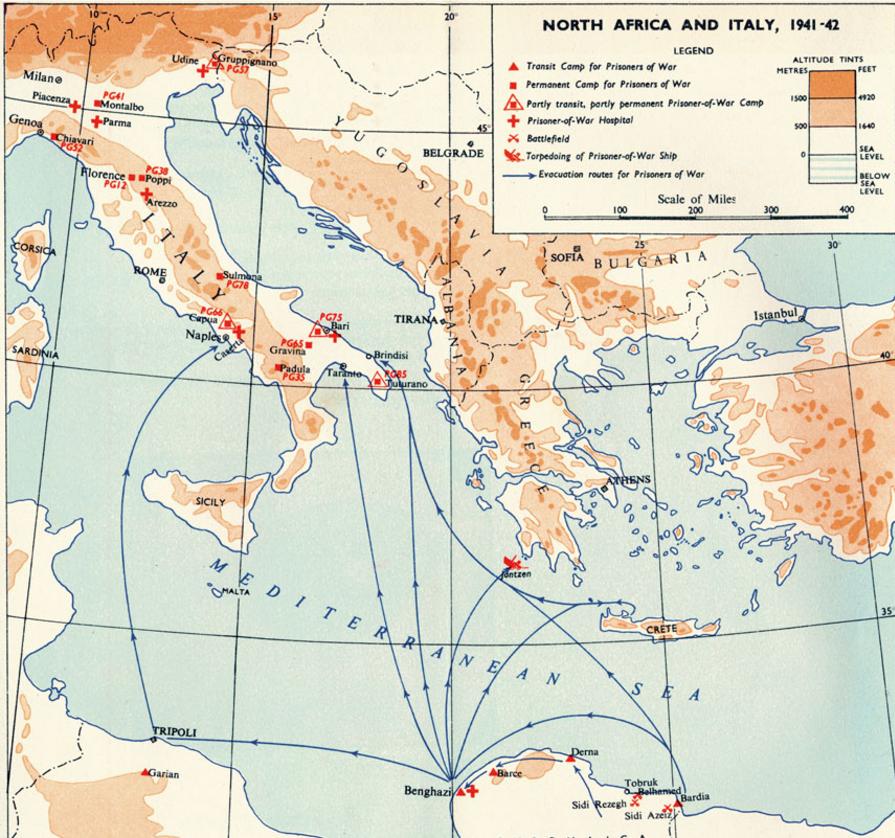 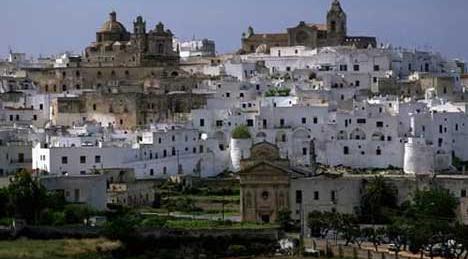 On arrival onto the shores of Italy most prisoners of war were in a pitiful state. Many had endured many months with limited supplies on the North African front around Tobruk and El Alamein. Once captured POWs had little to eat and drink for over two weeks and nor had any man had an opportunity to wash. Their arrival into port was often met by a hostile local crowd jeering and throwing missiles (which occasionally was eagerly returned back into the crowd by an aggrieved ANZAC)

Many POWs were held in several holding camps on their way north to the province of Fruili in Northern Italy; Capua PG 66, Sulmona PG78 being amongst those. It was a trend in these POW camps to group prisoners according to their national corps. Generally commissioned officers were detached from other ranks and detained in offlags. Campo 57 then contained POWs from Great Britain, with larger numbers from British colonies such as India and South Africa, with larger numbers mainly Australian and New Zealand Army Corps (ANZACS),  who were not officers. In all Campo 57 held some 20 officers and 4570 other ranks.

Governance over the POW camps in Italy was by a special corps known as the Carabinieri who had both military and civil powers and acted as a type of military police. Campo 57 was commanded by Colonel Vittorio Calcaterra, who was a staunch fascist  described by one prisoner as “a sadist and a beast and an accessory to murder”. Calcaterra was enemy number one to POWs. He inspired his men to harsh treatment of the POWs with limited rations, regular and unwarranted incarnation in the "boob", and cruel punishments. Calcaterra was never brought to trial for his crimes. He was killed by Italian partisans in 1943.

On 8th September 1943, the Italian Defence Forces surrendered to the allied forces. The intent from British headquarters was that men detained in Italian camps would be liberated and repatriated by allied forces. To make this job easier an order was issued instructing POWs to remain in their camp. Whilst some obliged and obeyed this instruction, with their Italian guards now absent, many POWs took the opportunity to escape, and this was certainly the case with Campo 57.

The German high command were however quick to react to the Italian surrender and descended quickly into Italy and surrounded POW camps. Most of those who had escaped Campo 57 were quickly recaptured. POWs were then moved to various POW camps within Germany, Austria and eastern Europe.

With the camp disbanded following the Italian surrender, the camp itself was dismantled completely and the materials recycled by locals. What remains today is evidence of the accommodation blocks foundations and the rebuilt chapel.

Meanwhile many men, having escaped immediately following the Italian Armistice, had to endure great hardships and perils  from the patrolling German army, and survive the cold and difficult conditions of a harsh North Italian environment. Survival was often dependent on the generosity and support of sympathetic Italian locals. Below is some beautiful footage of the Northern Italian regions, but perhaps it was not so greatly appreciated by the desperate escaping allied PG 57 soldiers.

For those who did not escape or were quickly recaptured by the German army, they were transported into northern Europe into a variety of POW camps including Stalags 18A, 18A/Z, 8B, 8A, 344,  4 A,B,C & D, and Stalag 11 being among the most common destinations