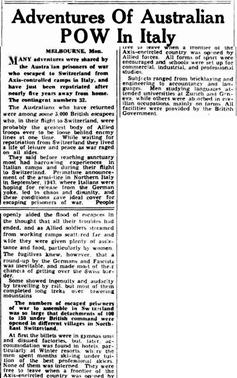 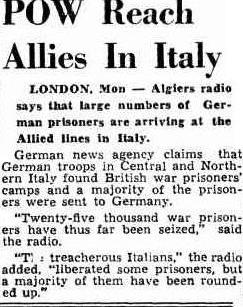 There is still very little I can say in a letter but here goes to do the best I can. Up to the time of writing I have not received any parcel but am still hoping. I have had one letter from Audrey and one [?] message. Twice this week it has snowed in noticeable quantities. I have only had one message from Nell. I can’t write to everyone as I only get paper for one letter per week and it is better for one to get all and pass the news on. Then I love to write to occasionally to Audrey. Then to add to my tale of woe I have a very bad cold which makes things pretty bad but still I’ll see it out as I fail to see how this can go much longer. Well this is about all so I must close with 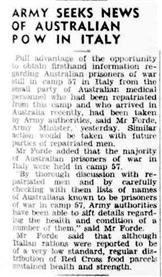 Letter sent by Denis from Campo 51. He mentions lectures and lessons which likely took place under the almond trees mentioned in the Official History of New Zealand in the Second World War. 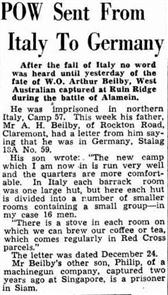 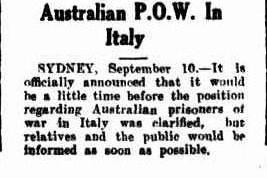 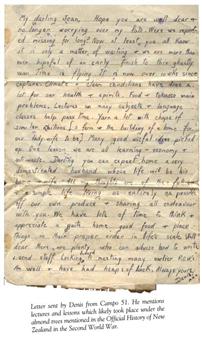 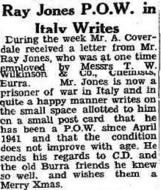 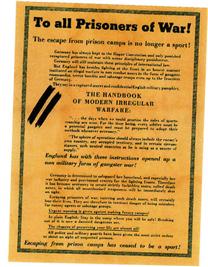 Message from the German High Command to allied prisoners of war